Posted by creativestellars on March 05, 2017 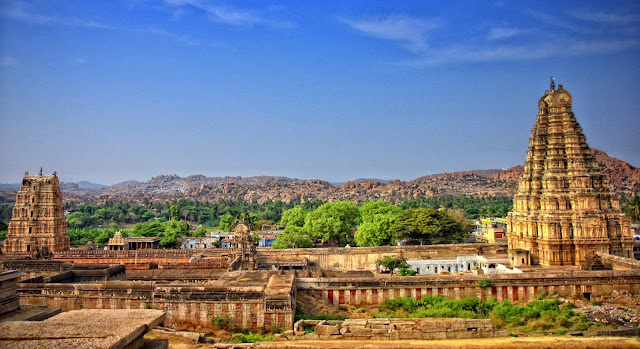 Hampi sits on the banks of the Tungabhadra River in the ruins of the ancient city of Vijayanagar, capital of theVijayanagara empire. Virupaksha Temple is the main center of pilgrimage at Hampi and has been considered the most sacred sanctuary over the centuries. It is fully intact among the surrounding ruins and is still used in worship. The temple is dedicated to Lord Shiva, known here as Virupaksha, as the consort of the local goddess Pampa who is associated with the Tungabhadra River.

The temple’s history is uninterrupted from about the 7th century. The Virupaksha-Pampa sanctuary existed well before the Vijayanagara capital was located here. Inscriptions referring to Shiva date back to the 9th and 10th centuries. What started as a small shrine grew into a large complex under the Vijayanagara rulers. Evidence indicates there were additions made to the temple in the late Chalukyan and Hoysala periods, though most of the temple buildings are attributed to the Vijayanagar period.

Under the Vijayanagara rulers, in the middle of the 14th century, there began a flowering of native art and culture. When the rulers were defeated by Muslim invaders in the 16th century, most of the wonderful decorative structures and creations were systematically destroyed.

The religious sect of Virupaksha-Pampa did not end with the destruction of the city in 1565. Worship there has persisted throughout the years. At the beginning of the 19th century there were major renovations and additions, which included ceiling paintings and the towers of the north and east gopura.

At present, the main temple consists of a sanctum, three ante chambers, a pillared hall and an open pillared hall. A pillared cloister, entrance gateways, courtyards, smaller shrines and other structures surround the temple. 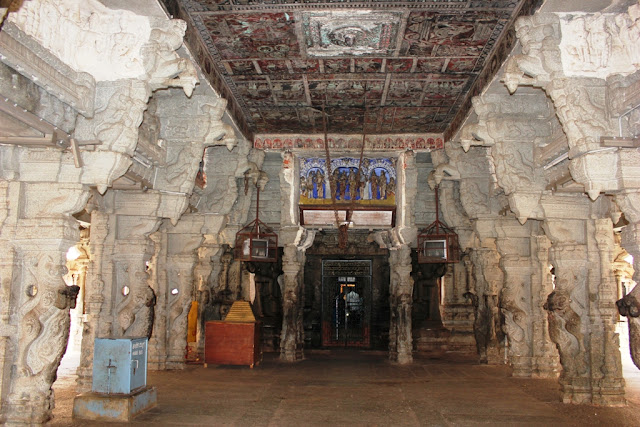 The nine-tiered eastern gateway, which is the largest at 50 meters, is well-proportioned and incorporates some earlier structures. It has a brick superstructure and a stone base. It gives access to the outer court containing many sub-shrines.

The smaller eastern gateway leads to the inner court with its numerous smaller shrines.
A narrow channel of the Tungabhadra River flows along the temple’s terrace and then descends to the temple-kitchen and out through the outer court. 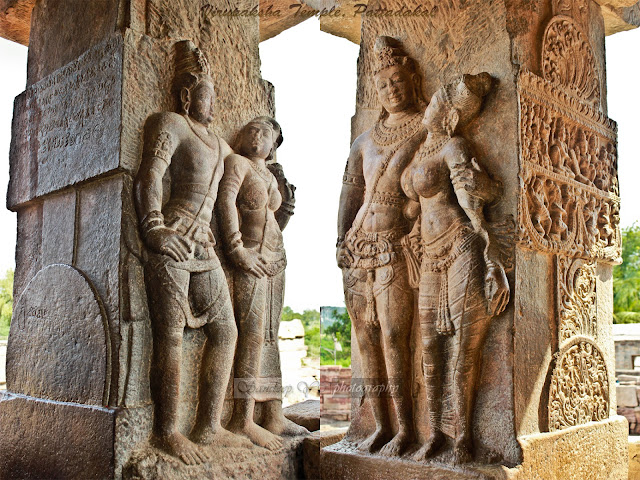 Krishnadevaraya, one of the famous kings of the Vijayanagara Empire was a major patron of this temple. The most ornate of all structures in the temple, the central pillared hall is believed to be his addition to this temple. So is the gateway tower giving access to the inner courtyard of the temple. Inscriptions on a stone plaque installed next to the pillared hall explain his contribution to the temple. It is recorded that Krishna Devaraya commissioned this hall in 1510 AD.

HOW TO REACH THE TEMPLE

The Virupaksha Temple is located in Hampi which is about 350 km from Bangalore. The nearest railway station from Hampi is Hospet and this lies at a distance of 13 km from Hampi. The nearest airport is at Bellary and this is located 60 km away from Hampi. Hampi is well connected by roads and railways and hence is easily accessible.

The temple continues to prosper and attracts huge crowds for the betrothal and marriage festivities of Virupaksha and Pampa in December.
In the month of February the annual chariot festival is celebrated here.