Posted by creativestellars on March 24, 2017 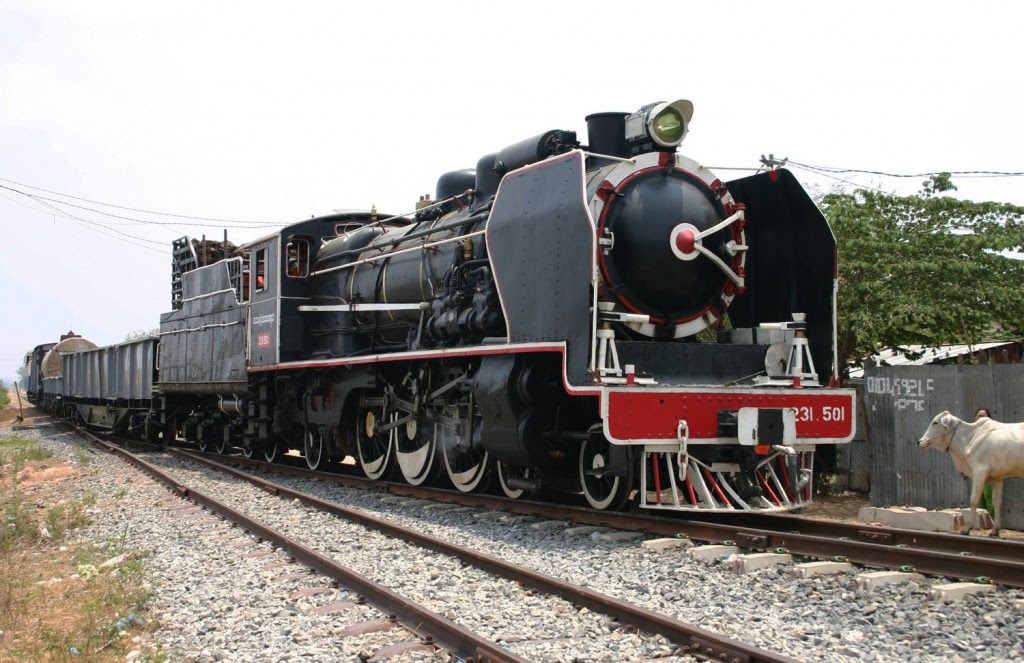 Shimla (Himachal Pradesh) [India], Mar. 13 (ANI): The heritage steam engine of about 112-year old is becoming the preference of foreign tourists in Himachal Pradesh's Shimla.
A group of nearly 30 tourists from United Kingdom travelled through this steam engine today.
The northern railway is offering the steam engine travel on booking by the tourists.
Travelling on this heritage track gives a panoramic view of heritage narrow gauze line of two feet and six inches.
One of the tourists from UK, Dave after travelling a joy ride in the steam engine shared his experience of travelling on the heritage tracks.
"This is one of the reasons of coming to India to see the railways and to see the steam engine here. Some of us are also from the railways. We like the steam engine and beautiful views as well. In UK, the narrow gauze has a particular attraction and it is same here. The narrow gauze railway here is often in the area of hills. So the engines are working harder than the standard gauze, it looks wonderful," said Dave.
These tourists are overwhelmed to travel in steam engine which is rare now.
Another tourist, Keith said that if steam engine is placed on first class routine order it would be wonderful for the visitors. 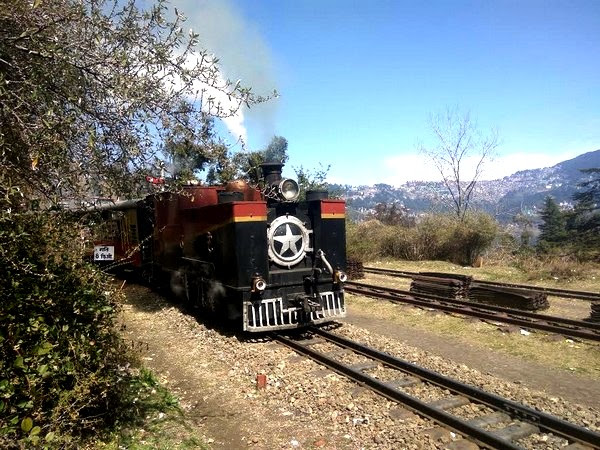 "It's a great honour and surprising in many ways. I request to please put the steam engine into first class order," he added.
The foreigners coming for travelling to India for the first time are happy to experience the steam engine and also to see the people with colours on the Hindu festival of 'Holi'.
"This is my first time in India and it is a fantastic experience. It's a unique railway line. We have seen very good documentaries on televisions on Indian hill railways, on Darjeeling railways and Kalka-Shimla railways. Many of us have seen these programmes and fell in love with this railway line and engine. We wanted to come here and see what it is really like," Nick Tranter one of the group member from U.K. said.
The tourists can book heritage engine KC520 and enjoy it.
The first train arrived in Shimla on November 9, 1903; and engine KC520 was commissioned in 1906.
All the steam engine run trains used to come till 1970 here and after that all trains are being run through diesel engine.
The steam engine driver said that it is a heritage of Indian railway and it is trying to preserve this over a century old steam engine.
"This steam engine is an old engine of over 112 years. Our railway department has kept it alive as a heritage. We run this through coal; I am driving it till 20 kilometers today. The speed of this engine is 20 to 22 kilometers per hour. It is preferred by most of the foreign tourists. This is started on the special bookings; foreigners book it twice or once a month. The foreign tourists feel happy to ride this heritage of Indian railways. They thank us for running this and we assure them to keep it going for future also," said steam engine driver Rajinder Kumar Mahrolia.
The Kalka- Shimla railway line was declared the UNESCO's world heritage line in 2008.
It has been a great tourist attraction after this and once the heritage steam engine has started for joy ride for about a year now it is attracting high end and foreign tourists here. (ANI)
Video