Apple iPhone 8 Specs, Price and Release Date: Everything you must know about upcoming Apple iPhone 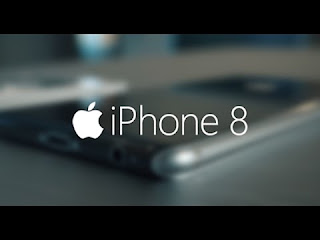 Apple iPhone 8 Specs, Price and Release Date: Apple has announced iPhone 7 and iPhone7 Plus smartphones last year with IFA event. And currently one of the hottest selling mobile phone all over the world. Last year, we have seen some major upgrades with iPhone and expected even something better from Apple iPhone 8. and iPhone 8+.

Both device iPhone 7 and 7 Plus are offer great performance however they are not even close to specifications offered by other rivals. As we all known Apple believes in “doing less but doing better“. It offers smooth performance and amazing camera features. But we are expecting something really cool for 2017, we want iPhone 8 to be different, that offers ultra fast performance, better images, easy connectivity and log battery life. Here we are going to discuss more on the specification, features .

Apple can incorporate with Synaptic for new Touch ID!

Rumours are coming that Apple will no longer use the Touch ID button on the front panel of iPhone. Instead this year they are looking to come with new OLED display which may be around 5.8 inch iPhone 8 design. New Synaptic Touch ID will be used which can detect finger prints from display and upgraded pressure sensitive display it will be something new to iPhone users.
large adding up seamless beauty to

Will there be an Flexible IPS LCD?

Yes, Apple is secretly working on new flexible IPS LCD display. But we are still not sure that Apple will use this in its upcoming phablet as OLED already rumoured and leaked many times. But as if now there is no confirmation from Apple. But there is huge possibility for Apple to come up with a 5.8 inch OLED display in upcoming iPhone 8.

This time Apple is going to present an innovative smartphone model with having slick design and powerful specs. Apple is also preparing OS 11 (OS XI) for both iPhone 8 which is will reduce its power consumption and improve performance as well.

Here we have most expected specifications of upcoming iPhone 8 smartphone. Its going to be a beast mobile with powerful specs and amazing features.
Apple iPhone8 is going to have some really innovative technology like fast charging, Retina Scanner, Li-Fi and upgraded fingerprint scanner etc. Rumours are also pointing towards edge-to-edge display in iPhone 8 like we have seen with Galaxy S7 Edge. Here, We are going to talk about all these features in details now.

Apple is going to switch from conventional IPS display technology soon after the launch of iPhone 7. Next Apple iPhone is going to have OLED display which will offer wider viewing angle with improved brightness. These displays also help apple to optimise iPhone8 power consumption as OLED display has high response time and are much efficient. It can have maximum of 4k resolution. For now we think 4k is out of reach for Apple, but yes it will have amazing screen resolution with latest upgrades. The phone is also going to have sapphire glass protection which is far better than current Gorilla Glass 4. The sapphire is one of the most tough glass material on the earth and completely unbreakable. So, you won’t have to worry about scratches on your iPhone.
According to rumours it’s going to be large Smartphone which can be good move as these days people prefer to use large display phones a lot. As per few reports Apple may come up with 3 models. Two models with conventional 4.7 and 5.5 inch display having IPS LCD while iPhone 8 Plus model with 5.8 inch OLED display. Rumours are also coming that Apple will launch a homage design with upcoming iPhone. It may have “Water-drop design” featuring more gentle curve at the bottom. The phone is further protected by Gorilla Glass 5 technology and this time Apple is going to bring an unbreakable iPhone. We all know Apple doesn’t believe in increasing mega pixels. As we have seen iPhone 6 with just 12 MP cameras and is far better in quality as compare to 20 MP cameras of its competitors. This time company is going to take its camera features further to next level. Apple iPhone 8 would have a 16 MP primary camera with upgraded ISOCELL sensors for better images even in low lights. As per the rumours, it will have a 8 MP front facing camera which is specially made for taking selfies. There are also few rumours which are stating an Sony IMXXX sensors to be part of iPhone8.

As per the latest leaks and rumours Apple iPhone 8 will have TSMC and ARM based 10nm chip. We all know Apple brings a new processor every year with its flagship Smartphone. Apple iPhone 7 will run on A10 which is Quad Core processor. iPhone 8 is going to much advanced processor with 10 nano meter FinFET. It will have 3GB RAM in 4.7 inch model and 4GB RAM in Plus / Pro which is far enough to handle high end multitasking with iOS.

Here we have some really innovative features and wish list that Apple iPhone 8 must have:

Well, speculating price of iPhone 8 is not going to be an easy job after these kinds of high end specifications. But still we think Apple will introduce iPhone8 and iPhone 8 Plus with a price bracket of 1100 to 1200 USD which is quite affordable if you compare it to its features.

Below you can see a country wise price list of upcoming Apple iPhone 8.
Update: In India Apple has recently set up an iPhone manufacturing unit which may result in lowering the price of upcoming Apple iPhone’s in India. As most of the parts are going to manufactured in-house. So, this will be less customs and that result in cheaper iPhone’s in India.

Last year Apple has unveiled its iPhone 7 with IFA event (Sept. 2016) and we are expecting something similar for iPhone 8 as well. Talking about Apple iPhone 8 release date, the phone is rumoured to get announced in late 2017 as there is not much information available about next iPhone.
So, as from the previous trend we can say, that this year as well September will be best time for next iPhone release.